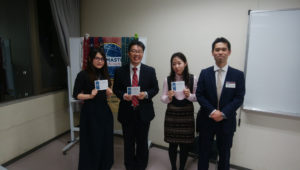 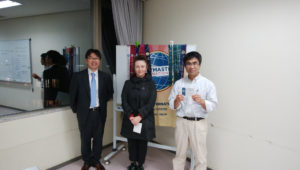 The title is “Whatever, Whenever, Wherever”.

He talked about ”Learning English”. At first, he explained the various way to
learn English and also mentioned the problems like high cost.
Then, he introduce the latest service “Italki.com”, where we can find personal tutor.
By using Italki.com, we can learn English Whatever, Whenever, Wherever.

Evaluation was made by TM T.M.
He drew the matrix of the evaluation points and did perfect evaluation.

英語のworld of the evening was “The Bottome Line”. (by N-san)
でした

Q２ Where do you like to to during holiday season?  Please tell me the best place to go?
Mさん スピーチ時間：１分

Q3 If you were a dog, what kind of dog would you want to be?  And what would you do?
Hiさん スピーチ時間：１分 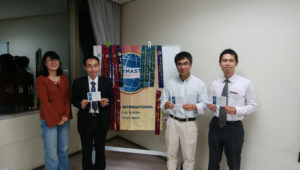 We smoothly started our TM club meeting for the meeting# 280 on time as usual.
Because today TMOE is TM E.H, she is one of our club master, so everything was just started very smooth and made us very comfortable atmosphere.

This time we had two guests, and one of them used to attend INDIA and Hong Kong TM clubs. Wow, he has already been experienced for Global TM clubs and holds excellent English skills.

Tonight’s Word of the Evening was “iffy”. Our Club President of TM K.S draw the face of “Miffy” on the whiteboard, but the tonight words “iffy” which doesn’t have any connection with “Miffy” (Hahaha… ) The other meaning is uncertainty.

For first one hour, it was an English session.
First speaker was TM S.H. This is the first time for him to speak out for our TM club.
The title is “My Self”. This speech was project#1 “The Ice break”, so that he explained the culture of Sri Lanka and how different between Japan and his hometown.
Even though, his first speech, he always gave his smile and showed his confidence on his speech.

Second Speaker was TM C.Y. The title was “A Procedure for Toastmasters Club Establishment” Didn’t he bring such a great PPT material from TMC organization? The all slides of PPT were very awesome. His speech was very excellent and it was very easy to understand for audiences to hear what he would like to explain.
He is one of veteran of out TM club, so the contents of the slide and the speech were exquisite timing.

Third Speaker was TM H.S. The title was “Memory Palace”.
The aim of project is #8 “Get comfortable with visual aids”, so that he usually prepared PPT materials with Artistic sense and always invited us to imagination and the surprise world. As to how to memorize, it was unique to get hints from objects of regular commuting courses. It was very smart and unique speech. 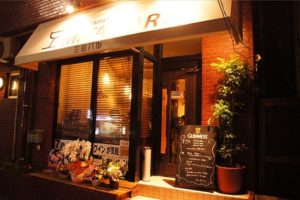 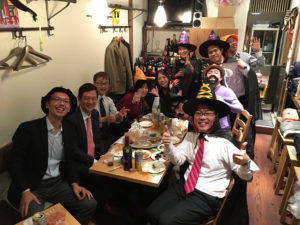 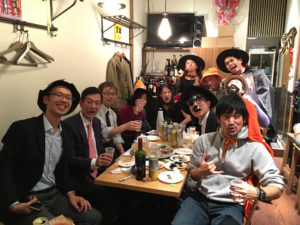 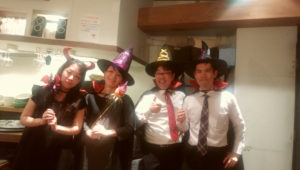 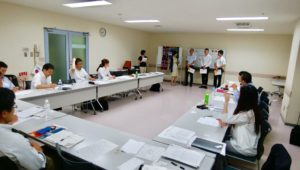 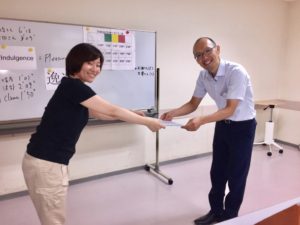 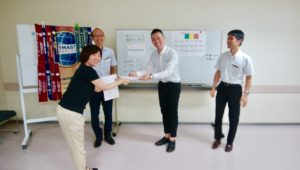 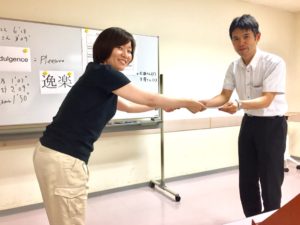 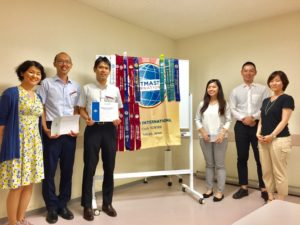 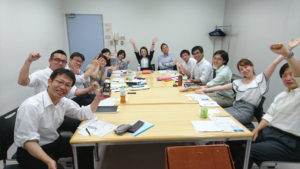 How are you spending your holidays?

Today’s meeting were held at small meeting room.
So,the room was full, and was filled with heat and smiles!.

Today’s ‘word of the evening’ was ‘futuristic’.

For first one hour, it was a bilingual session.

There were 5 parts
1.ICE BEACK :All the members talked in turn about a subject in English or Japanese.
2.Table Topics(in English)
There were 3 topics about summer.
Members showed talks about Ice cream,fastival and the situation like a SF TV drama .
3.Table Topics(in Japanese)
There were 3 topics about tall tales.
Because we will have a tall tales club contest next week.
Members answered for the questions of the theme with a big imagination.
4.Grammarian’s report and General evaluation

One hour of the latter half was a Japanese session. 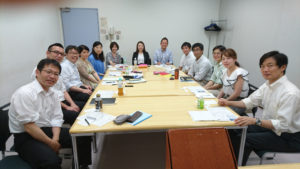 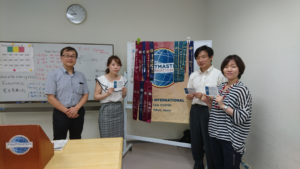 We really enjoyed with cool and colorful speeches.
Have a good summer! 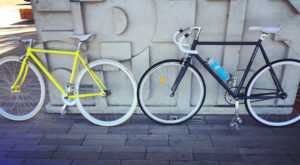 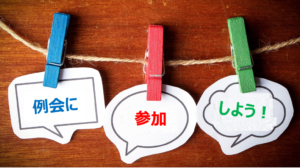